How to preserve Cherries? was a performance inspired by Anton Chekhov’s play, called the Cherry Orchard.  The artist was invited to work alongside the director / performer Veera Alaverronen, as a dialogist in directing.

The aim was to conceptualize Alaverronen’s thoughts of a performance, which examines our productivity driven society, simultaneously contemplating, why we are unable to listen to the subtle inner messages, that tells us to slow down? It also reflected on our hectic lifestyles filled with To-Do lists and targets, which causes us to lose sight of our intuition and creativity.

The performance was a sincere monolog, where the audience members were invited to join a Russian  tea-party, hosted by the charming yet disorganized hostess called Vera Ranevskaja. Eventually lost in her cluttered and chaotic basement, Vera tries to find pickled cherries that she could offer to her guests. Along the way she  stumbles across memories, that spurs her to reminisce, and remember her own Cherry Orchard, which she has been looking for without ever finding it.

In the performance, the basement was pictured as the chaotic subconscious, where the audience was invited to dive into layers of Ranevskaja’s hidden mind. They witnessed her trying to rediscover her Cherry Orchard, considered to be her intuition, as well as  a metaphor for longin and being caught up in the past. However, how can you find your way to the Orchard if the basement is full of unresolved thoughts, chaos, chores and dirt?

This wistful performance was an immersive experience with strong visual and auditory imagery.

HOW TO PRESERVE CHERRIES? 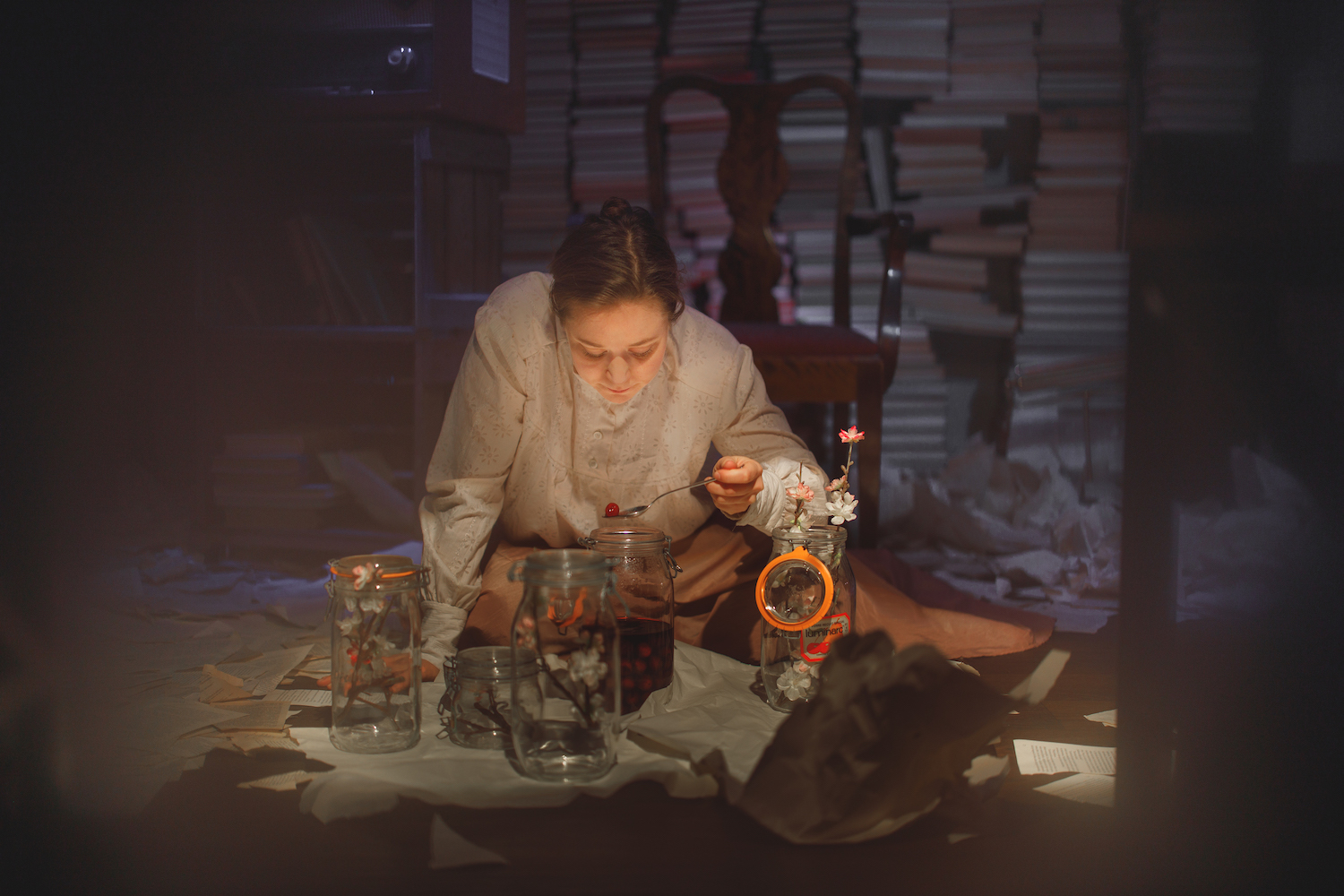 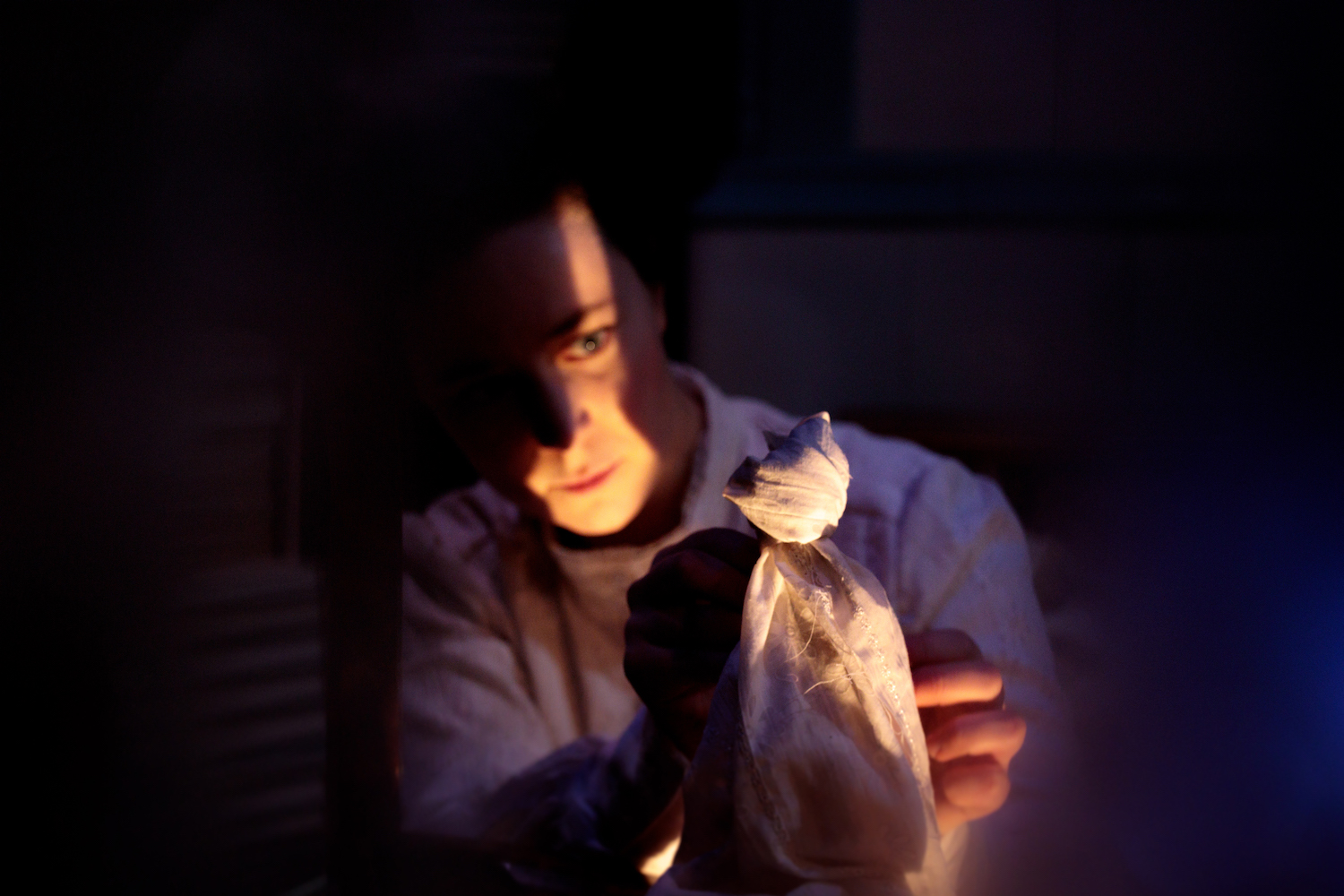 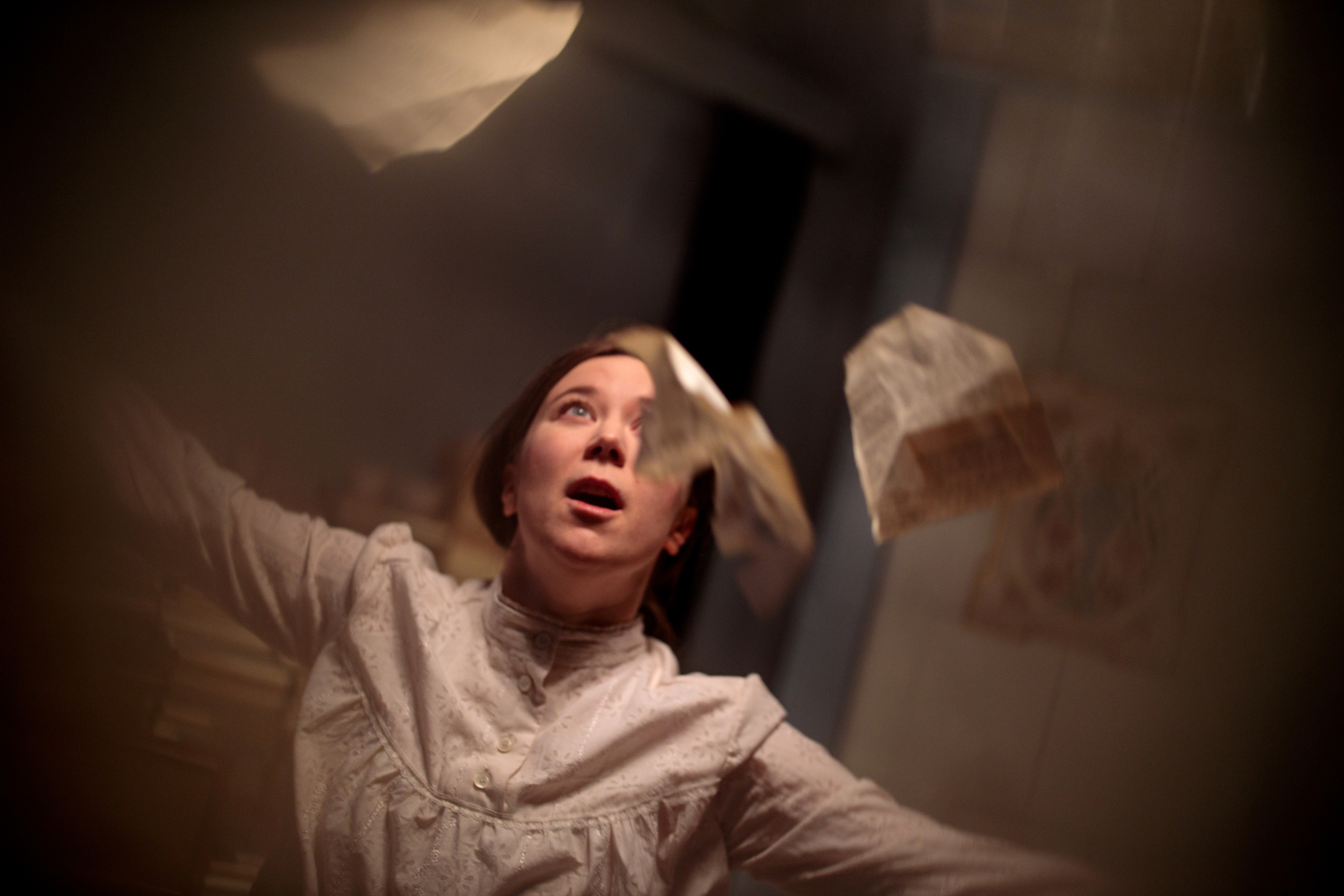 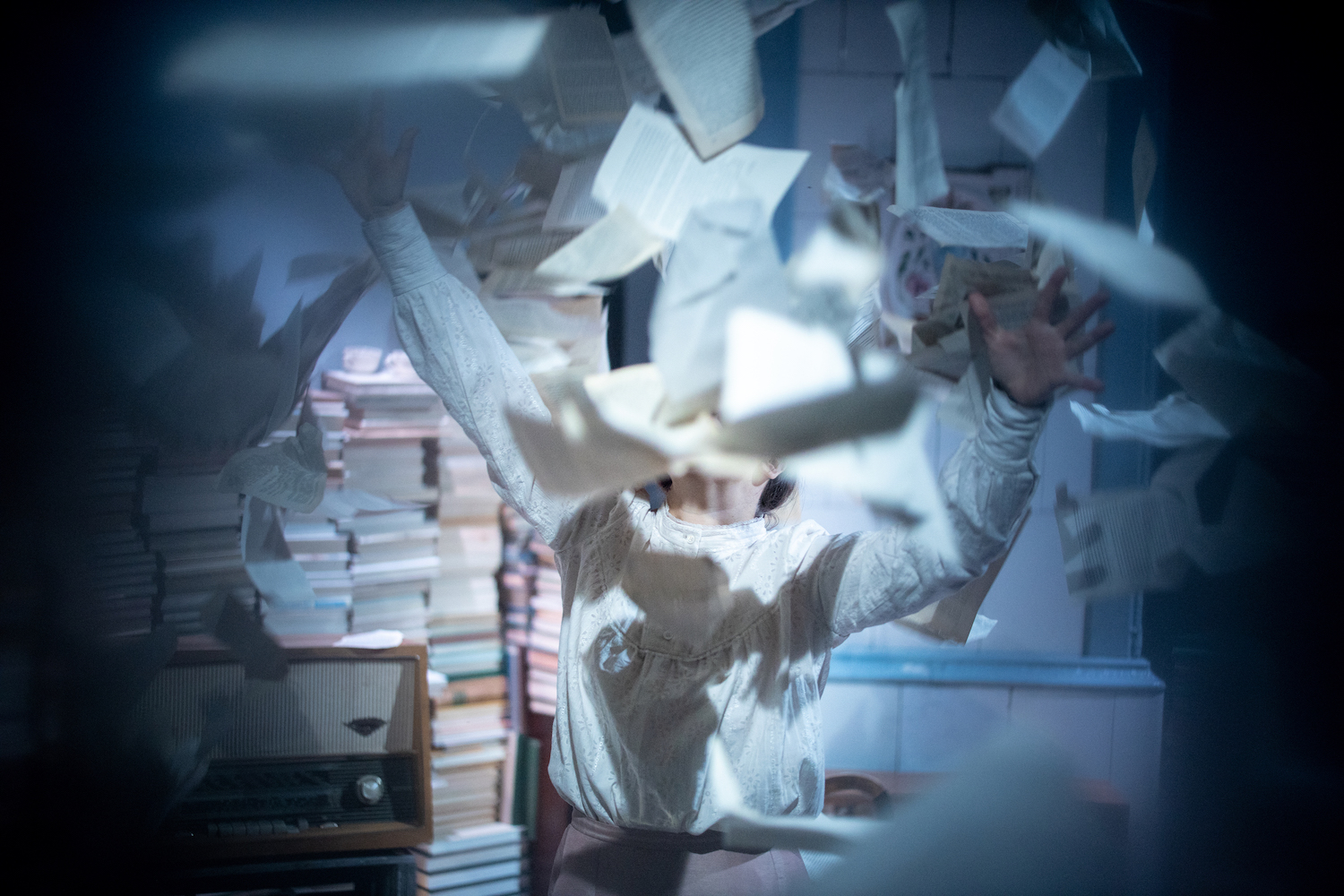 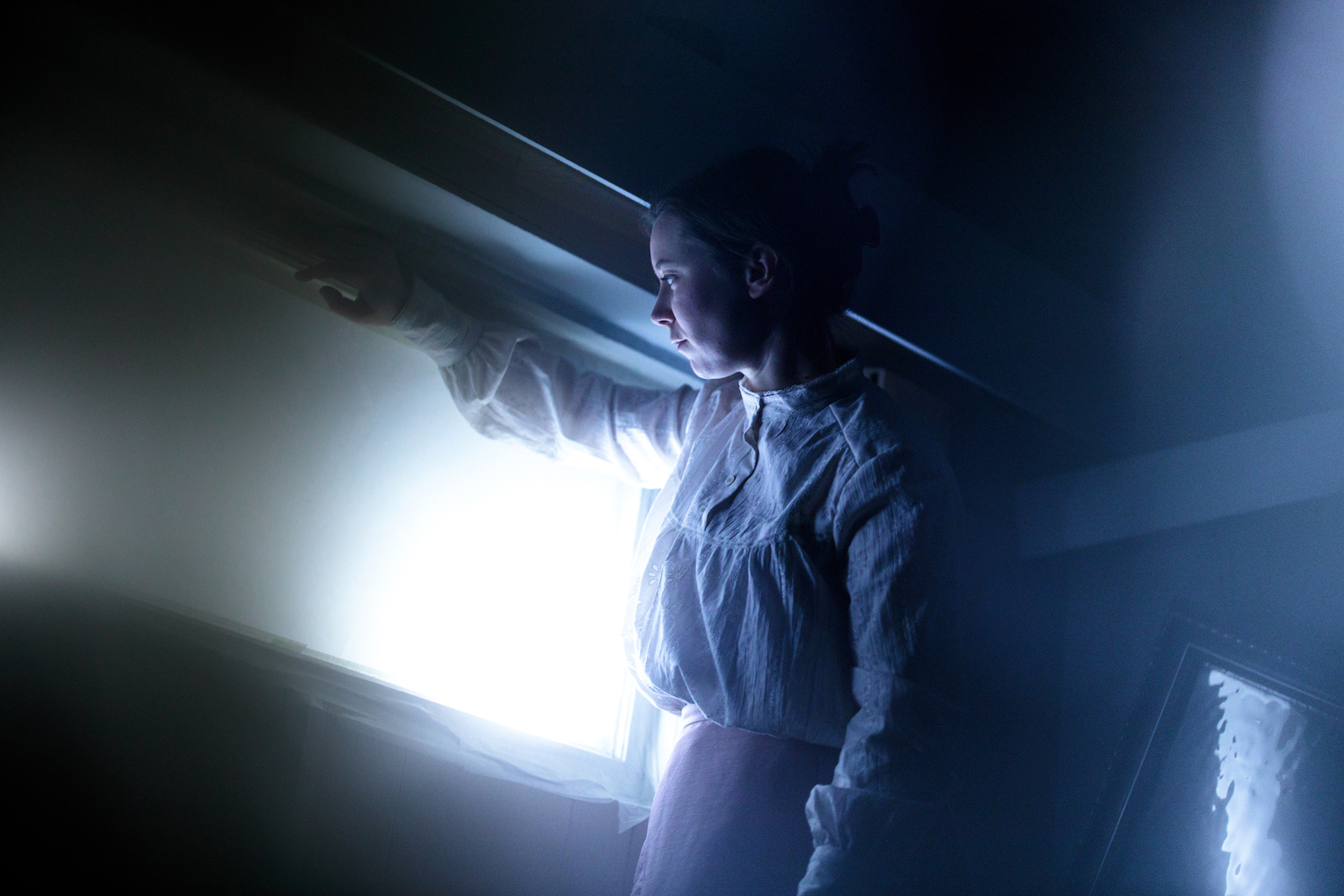 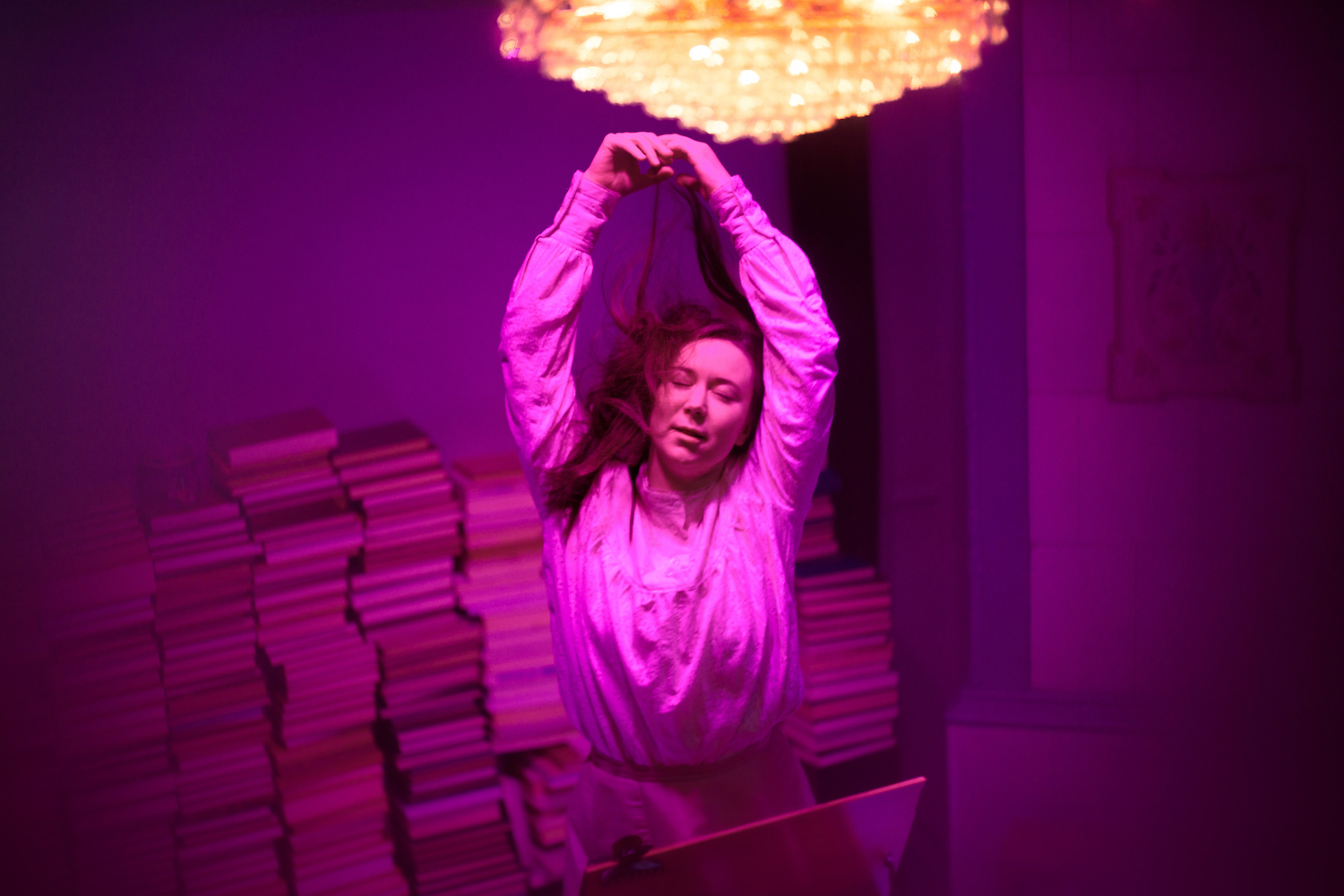